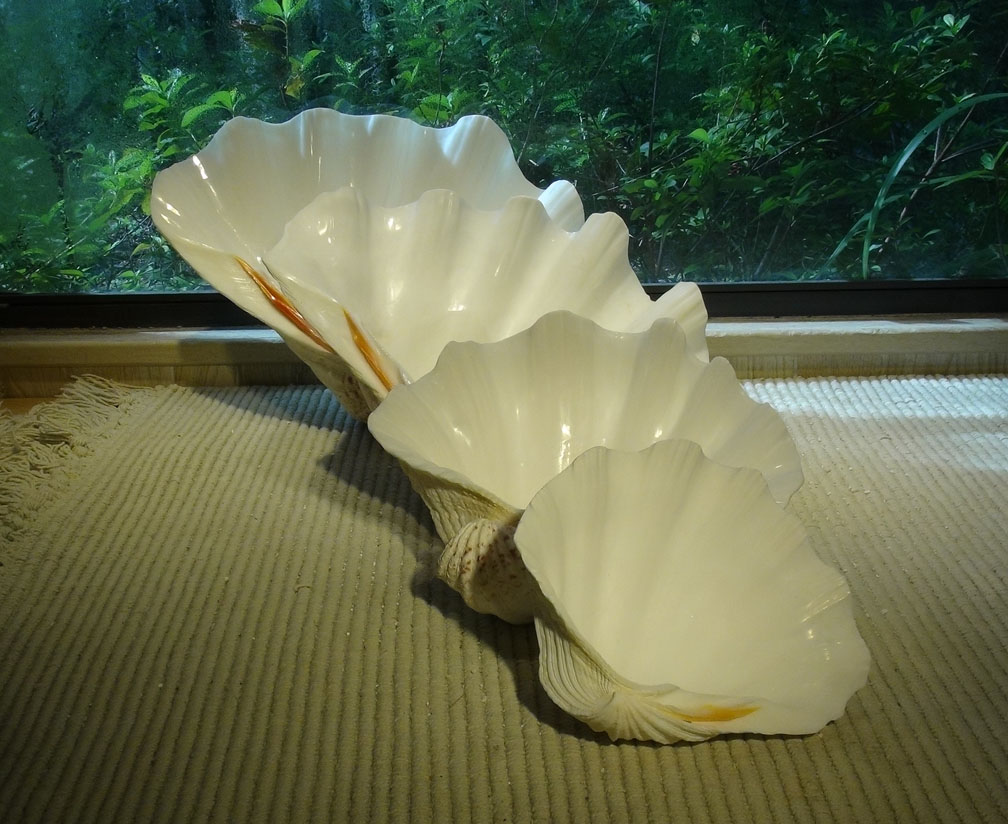 $180.00
Very Rare Maximus Clams. These clams are beautiful and make great centerpieces. Available in 4 sizes.
The maxima clam (Tridacna maxima), also known as the small giant clam, is a species of bivalve mollusc found throughout the Indo-Pacific region. They are much sought after in the aquarium trade, as their often striking coloration mimics that of the true giant clam; however, the maximas maintain a manageable size, with the shells of large specimens typically not exceeding 20 centimetres (7.9 in) in length. From Wikipedia, the free encyclopedia