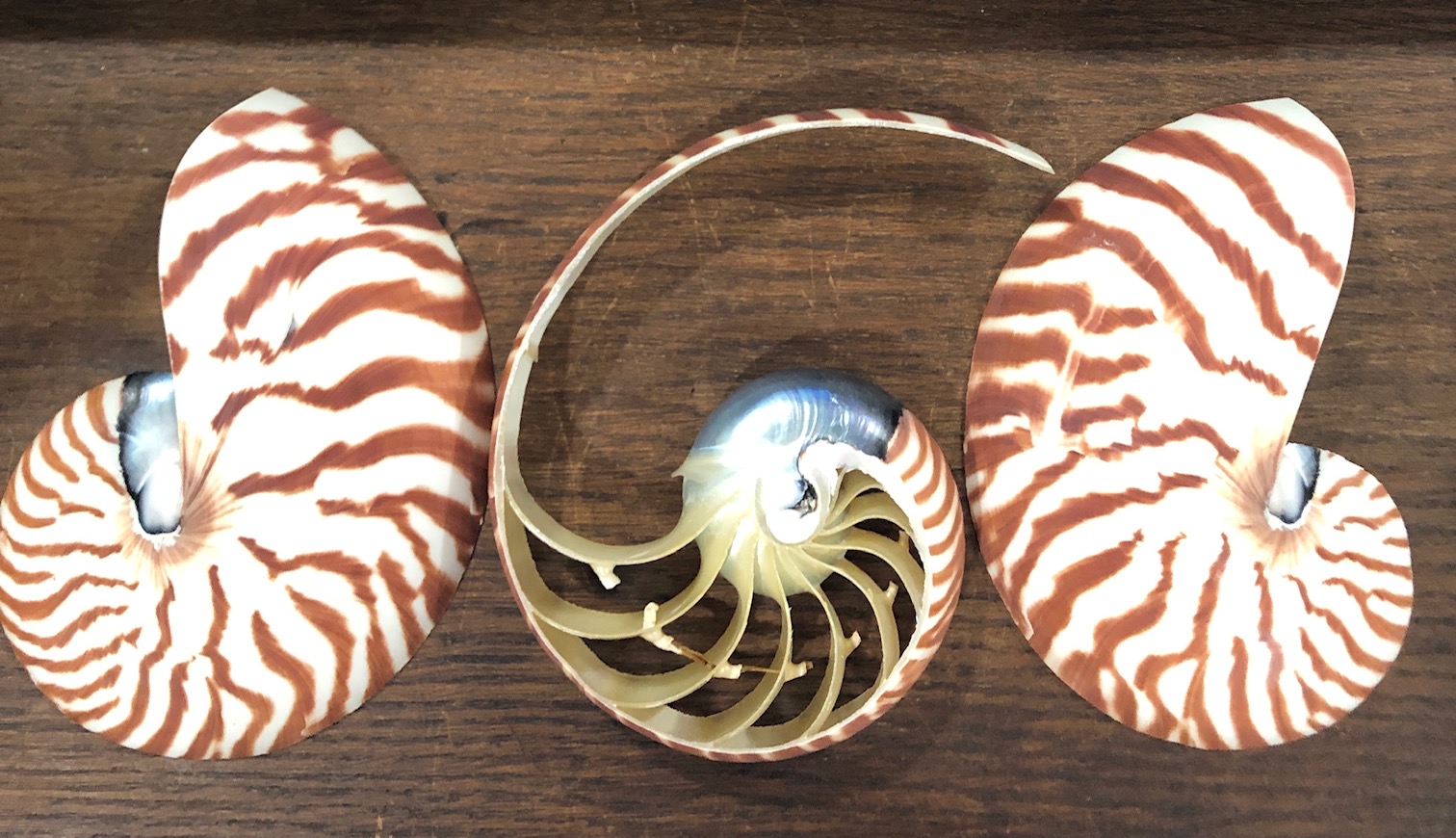 $175.00
Beautiful 3 piece natural Nautilus set. Size is 4'-5" These have become increasingly rare and hard to find. We only have a few in stock.
The nautilus (from the Latin form of the original Ancient Greek: ναυτίλος, 'sailor') is a pelagic marine mollusc of the cephalopod family Nautilidae. The nautilus is the sole extant family of the superfamily Nautilaceae and of its smaller but near equal suborder, Nautilina. It comprises six living species in two genera, the type of which is the genus Nautilus. Though it more specifically refers to species Nautilus pompilius, the name chambered nautilus is also used for any of the Nautilidae. All are protected under CITES Appendix II.[3] Nautilidae, both extant and extinct, are characterized by involute or more or less convolute shells that are generally smooth, with compressed or depressed whorl sections, straight to sinuous sutures, and a tubular, generally central siphuncle.[4] Having survived relatively unchanged for hundreds of millions of years, nautiluses represent the only living members of the subclass nautiloidea, and are often considered "living fossils". The first and oldest fossil of Chambered Nautilus displayed at Philippine National Museum. The word nautilus is derived from the Greek ναυτίλος nautílos and originally referred to the paper nautilus of the genus Argonauta, which are actually octopuses. The word nautílos literally means "sailor", as paper nautiluses were thought to use two of their arms as sails.From Wikipedia, the free encyclopedia